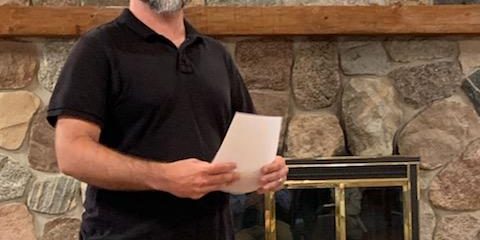 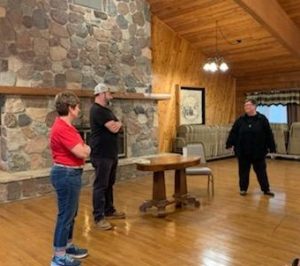 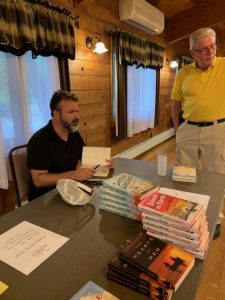 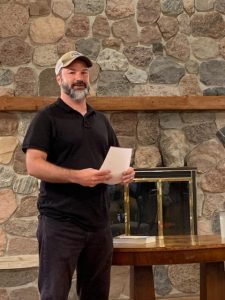 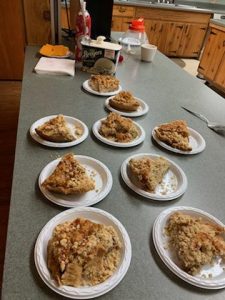 An engaged group enjoyed our event with Nickolas Butler at the Cable Community Center on Thursday, 5/30. Butler read the first chapter of his most recent title, LITTLE FAITH, and entertained questions from the audience on this book, it’s character and environs, on his working methods and on what he’s working on next. (sounds mad! and wonderful!) Nick Butler wasn’t born in Wisconsin, but, he grew up here and has a clear reverence for and a deep understanding of the people and of the place. He writes landscape descriptions of staggering beauty…which will certainly resonate with those of us who have traveled through our state.

And, as I (Kristine, your Library Director) told him, in that first chapter, he returned me, forcibly, to the small Wisconsin town that I grew up in, to the church of my mother’s people, to the graveyard which many of my family have made their final resting place. Although Butler was not talking about the Town of Wittenberg, but, rather another Norwegian community over in the coulee region of the state. Still, it is his observation of the the commonalities and conventions of those communities and his skill in rendering them, that took me home.

Your Forest Lodge Library has all of Butler’s published works, and, if you have not already read him, we strongly encourage you to do so!

Oh! Thanks to Redbery and Tilly’s for the yummy pie! Yep…those of you who weren’t present missed pie!