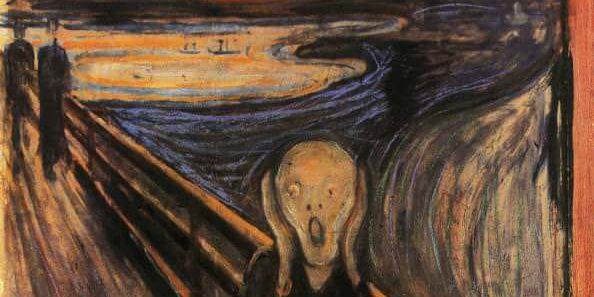 THANKS TO ALL who played our Confined by Corona Quiz Contest! We had fun, too, and learned a few things about our collection and about our communities. After 6 weeks we’re calling this a wrap. Hopefully summer will be sufficiently entertaining that you won’t need this distraction! DO get in touch, however, if you need something to view or read!

And we of the northern forests thought we understood what cabin fever was because of our long, cold, snowy, icy winters. HA! We knew nothing! But we, your friends at the Forest Lodge Library, are here to help you cope!

Beginning on Monday, May the 11th, we’ll post three questions in the “featured” box on on the front page of our website, on our Facebook page and on our front door on Monday and Wednesday by noon.(cutting down from 5 days a week as our inventory of gift certificates diminishes.)  Send us your answers by email, cablelibrary@cable.wislib.org, phone, 715-798-3189, (leave a message if no one answers!) FB message…or any other way you know to get hold of us. You can also drop a note through the slot on the front door. Be sure you let us know who you are!

All correct answers will be entered into a weekend drawing for gift certificates from local businesses. We’ll pick a winner for every quiz day! Engage your brain and support your community! The contest will continue until our confinement ends or we run out of prizes.

Because more than one person inquired, look below to find the correct answers to prior week’s quizzes.

Congratulations to our Week 6 winners Laura Muenich and Allison Slavick!

Maya Angelou in I KNOW WHY THE CAGED BIRD SINGS

2. The two dye colors made in Cable in the early 1900s, first by the Sunbeam Chemical Corporation and then by the Cable Chemical Workers were methylene blue and crinolin yellow.

3. Which popular American author penned this useful advice in which title?

“You have brains in your head. You have feet in your shoes. You can steer yourself any direction you choose. You’re on your own. And you know what you know. And YOU are the one who’ll decide where to go…”

1. This is the first line to what classic American novel?

2. This remark was addressed to Paul Newman’s character in which film, by which character, played by whom?

“What we’ve got here is failure to communicate.”

3.It would still be good advice today, but, this line comes from a book published a century and a quarter ago.                       “It sounds plausible enough tonight,but wait until tomorrow. Wait for the common sense of the morning.”

Opening lines to which cult classic?

1.Far out in the uncharted backwaters of the unfashionable end of the western spiral arm of the Galaxy lies a small, unregarded yellow sun.

THE HITCHHIKER’S GUIDE TO THE GALAXY by Doug Adams

A fair question! Who asked it?

These lines are from which beloved poem by what author?

His house is in the village though;

He will not see me stopping here

To watch his woods fill up with snow.

Stopping by Woods on a Snowy Evening by Robert Frost

This may be one of the best opening lines in literature:

This line from a famous children’s author helps to put things in perspective.

2. “It matters not what someone is born, but what they grow to be.”

HARRY POTTER AND THE GOBLET OF FIRE  by  J.K. Rowling

The Girl Who Kicked the Hornet’s Nest by  Stieg Larsson…but we’re calling The Girl With the Dragon Tattoo close enough!

Interesting that WE thought it was:

Anne of Green Gables, Lucy Maud Montgomery but all of our entrants cited

Pippa Passes by Robert Browning!!! We, too, can learn! We assume that the former was, in fact, quoting the latter!

INTO THE WILD by John Krakauer

DEVIL IN THE WHITE CITY by Erik Larson

BURY MY HEART AT WOUNDED KNEE by Dee Brown

The line: “There’s no crying in baseball!”

The movie: A League of Their Own
The character:Jimmy Dugan

The line: “Well, uh…a boy’s best friend is his mother.”

THE COLOR PURPLE by Alice Walker

2.“This is a tale of a meeting of two lonesome, skinny old white men on a planet which was dying fast.”

BREAKFAST OF CHAMPIONS by Kurt Vonnegut

FEAR AND LOATHING IN LAS VEGAS by Hunter S Thompson

Congratulations to our Week 3 winners in the Confined by Corona Quiz contest: Donna Post, Jeanine Evenson, Judy Krueger, Sarah Letke and Laura Muenich! Thanks for playing our contest! Keep playing!

These memorable lines come from which novel/author?

ALICE IN WONDERLAND by Lewis Carroll

TEAM OF RIVALS: the political genius of Abraham Lincoln by Doris Kearns Goodwin

THE BOYS IN THE BOAT by Daniel James Brown

1.The Cable school’s basketball team was called: The Eskimos….because they had to practice outdoors!

2.This celebrity chef once cooked at Telemark: Emerill Lagasse, as sous chef

3.The Great Divide Ambulance Service commenced operations with an ambulance donated by: The Cable Lions

The line: “I have always depended on the kindness of strangers.”

The Movie: A STREETCAR NAMED DESIRE

Identify these famous first lines by title and author.

THE PRINCESS BRIDE by William Goldman

2.There was no possibility of taking a walk that day.

3. My suffering left me sad and gloomy.

LIFE OF PI by Yann Martel

As it is written

1. A “book blurb” on this 2019 novel describes it as being “..a hauntingly atmospheric love letter to the first mobile library in Kentucky and the fierce, brave packhorse librarians who wove their way from shack to shack dispensing literacy, hope…” Set in 1936 in the Kentucky hills. THE BOOK WOMAN OF TROUBLESOME CREEK by Kim Michele Richardson.

2. In Genevieve Cogman’s INVISIBLE LIBRARY series, the parallel worlds the characters visit are classed by their balance of order and chaos. The forces of chaos are represented by faeries and the forces of order by dragons.

3. This popular 2008 read tells the tale, or is it the tail, of an abandoned orange tiger kitten who was found in the bookdrop of a small-town library in Iowa who became a resident of the library who charmed and delighted everyone he met. DEWEY: THE SMALL-TOWN LIBRARY CAT WHO TOUCHED THE WORLD by Vicki Myron.

On Stage and Screen

1.The Forest Lodge Library, built in 1925, was first known as: The Cable Community House.

2. The Forest Lodge Library became a fully functioning public library in what year? 1992

3. Name 3 people who have served as ‘librarian” at the Forest Lodge Library:

About Which it is Written

1.Ostensibly about the Los Angeles Public Library, its history and the devastating 1986 fire that destroyed hundreds of thousands of books, this 2016 title also delves into the evolution of libraries across the country and around the world and the crucial role they play in our lives.

THE LIBRARY BOOK by Susan Orlean

2.This 2016 non-fiction thriller chronicles the tale of a mild-mannered archivist and historian who, after years of recovering and collecting rare and crumbling Islamic and secular manuscripts, had to become a smuggler and risk life and limb to save them from Al Qaeda.

THE BAD-ASS LIBRARIANS OF TIMBUKTU by Joshua Hammer

3.THE PUBLIC LIBRARY: a Photographic Essay by Robert Dawson, was published in 2014. Dawson spent 20 years traveling around the USA photographing libraries. Three Wisconsin libraries made it into the book. Name one:

Let’s kick off our contest week with a little national library trivia!

2.Which former Library of Congress librarian went on to head the FBI under eight different presidents? J. Edgar Hoover

3.Which superhero has librarian as her day job? Batgirl

CONGRATULATIONS to the Week 1 winners of $10 gift certificates for submitting correct answers to our humble questions. Week 1 winners were: Donna Post, Laura Muenich, Judy Krueger, Janet Rowney and Amy Hambrecht. Next week it could be you!

The Confined by Corona Quiz Contest Questions for 4/17/2020

Whose Last Line is it, Anyway?

In the Dewey Decimal system, 921 connotes biographies and autobiographies.

This auto-biography is about:Carrie Fisher

This title by Candace Millard chronicles a significant event

in the life of:Theodore Roosevelt

This title by Kate Buford chronicles the life of Jim Thorpe.

The line: “I’m mad as hell, and I’m not going to take this anymore!”

The line: “Snap out of it

The line: “You can’t handle the truth!”

The Movie: A Few Good Men

Which novel do these famous first lines belong to?

1) ” Happy families are all alike; every unhappy family is unhappy in its own way.”