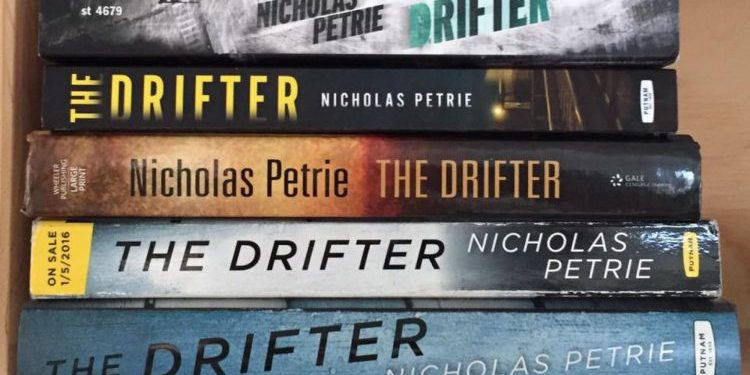 Have you read Nick Petrie? He’s from Milwaukee! A patron encouraged me to give him a try and my reactions were:

You don’t have to believe me…here’s something a writer you might have heard of has to say about him:

“Lots of characters get compared to my own Jack Reacher, but Peter Ash is the real deal.”

Petrie’s character, Peter Ash, is a damaged human being. No question about that. After years of service to his country as a Marine in Iraq and Afghanistan, he is mostly intact, but for the ghosts and memories that haunt him and the PSTD that manifests as an inability to stay inside for very long. The first novel in the series, THE DRIFTER, finds Ash in Milwaukee where he’s arrived to be of assistance to the widow of the Marine he considered to be his best friend, now a suicide. Under the widow’s front porch, where he goes to evict a frightening, nasty smelling, dangerous dog, Ash finds a bag containing plastic explosives and cash. Lots and lots of cash. This leads to a wild cast of characters and non-stop action. There’s even a happy ending for the dog! (Dogs don’t generally do well in thrillers…or literature of any kind, now that you mention it…)

I recently finished the third in the series, LIGHT IT UP, which was equally as wild and satisfying a ride as the first and the second in the series. Have to take a bit of a break between titles to catch my breath, but, happy to report that there are four more ahead of me. Here’s something another writer you might’ve heard of has to say about Nick Petrie:

“Nonstop action at a machine gun pace. If you aren’t reading Nick Petrie, now is the time to start.”

Would C. J. Box or Lee Child…or me…steer you wrong? I don’t think so! Warm up this winter by reading Nick Petrie! 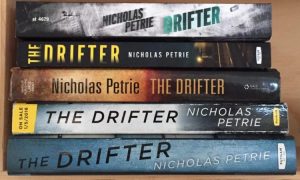