An Evening with Nickolas Butler 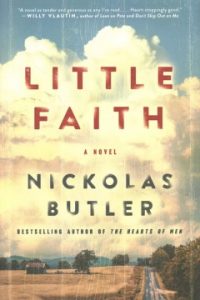 Wisconsin-based fiction writer Nickolas Butler is touring with his fresh title, LITTLE FAITH, and we’re very pleased to let you know he’s returning to Cable with it! Previous titles you might be familiar with are SHOTGUN LOVESONGS and THE HEARTS OF MEN. Don’t miss this opportunity to meet a real-live best-selling author right here in your own town! This is a partnership event between the Forest Lodge Library and Redbery Books of Cable and is happening on Thursday, May 30th at the Cable Community Centre at 6:30. After the reading, stick around for a Pie Social!

According to his website, Nickolas Butler was born in Allentown, Pennsylvania, raised in Eau Claire, Wisconsin, and educated at the University of Wisconsin-Madison and the University of Iowa Writer’s Workshop. His first novel was the internationally best-selling and prize-winning Shotgun Lovesongs, which has been optioned for film development and has been translated into ten languages. Beneath the Bonfire, a collection of short stories, followed a year later. In 2017, he published The Hearts of Men which was short-listed for two of France’s most prestigious literary prizes even before its American publishing. In 2019, his fourth book, Little Faith was published, and he is already at work on another novel, this one set in the mountains of the American West. Butler is the recipient of many literary prizes and commendations and has published articles, reviews, short stories, and poetry in publications such as: Ploughshares, Narrative, and The New York Times Book Review, to name a few. Prior to publishing Shotgun Lovesongs, Butler worked a long list of jobs including: coffee roaster, liquor store clerk, office manager, hot-dog vendor, author escort, meat-packer, bed-and-breakfast manager, telemarketer, and Burger King maintenance man. He is married and lives with his wife and two children on sixteen acres of land adjacent to a buffalo farm in rural Wisconsin.

WE look forward to hearing Nick read from his new title and to some social time afterwards. Get this on your 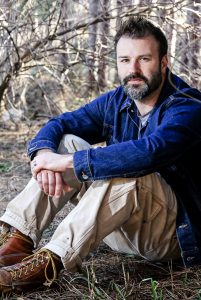 calendar…best-selling writers don’t hang out in Cable EVERY day!