What to Read During a Pandemic: Kristine’s June 2020 Pick 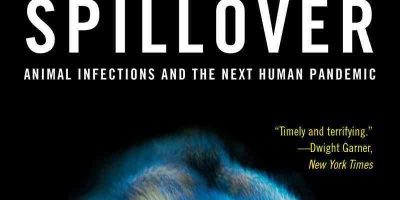 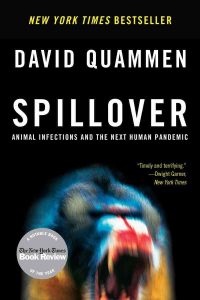 SPILLOVER: Animal Infections and the Next Human Pandemic by David Quammen

This title has been on our shelves since 2013. SPILLOVER was published in 2012. It has remained there through many “weeding expeditions” because it was something I always wanted to read. It seemed like it would be interesting and I had read an enthusiastic review. So, when the COVID pandemic hit I thought, yeah, now is surely the time! I am in no way sorry I made that decision. It IS fascinating and I learned a good deal…about zoonotic viruses and the people who chase and study them.

David Quammen is a fine writer and, not only does he seem to know his science, he has the ability to translate it into layman’s terms so the rest of us can begin to understand. He is not only a tireless and fearsome researcher, (his bibliography alone takes up 27 pages) he has not only personally interviewed the virologists and veterinarians and ethno-botanists and mathematical ecologists (to name a few types of scientists) but he has traveled to the geographical sources, squeezing into bat caves, visiting wet markets, eating rat. He is, I submit, the real deal.

In his ACKNOWLEDGEMENTS section Quammen states that “This book had its earliest origin around a campfire in a Central African forest, in July 2000, when Gabonese men spoke to me about the Ebola outbreak that had struck their village…and the thirteen dead gorillas they had seen nearby in the forest around the same time their family members and friends were dying.” SPILLOVER covers a number of zoonotic diseases; Hendra, ebola, Lyme, (it’s mice…not deer!) HIV-AIDS, malaria, influenza and, yes, coronaviruses. (as in SARS at the time of his writing.) I learned about reservoir species and host species and amplifier species, I learned about DNA viruses and RNA viruses, I learned why (sort of, since it’s tricky) how some emerging zoonotic diseases dead-end whereas others become pandemic. I highly recommend this title to anyone who wishes to better understand what’s happening to us now.

In his final chapter Quammen runs through the names and work of some of the scientists we have been introduced to in SPILLOVER. He says,

“These scientists are on alert. They are our sentries. They watch the boundaries across which pathogens spill. And they are prodcuetively interconnected with one another. When the next novel virus makes its way from a chimpanzee, a bat, a mouse, a duck, or a macaque into a human, and maybe from that human into another human, and thereupon begins causing a small cluster of lethal illnesses, they will see it—we hope they will, anyway—and raise the alarm.

“Whatever happens after that will depend on science, politics, social mores, public opinion, public will, and other forms of human behavior. It will depend on how we citizens respond.” (Emphasis mine.)

So, now that it IS actually happening, pay attention. Educate yourself. Do what you can to protect yourself and others. Try not to get tangled up in public opinion and politics, eh?

I do enjoy the occasional trip to Faerie and, if you feel the same, I highly recommend you travel there with YA author Holly Black via her Folk of the Air trilogy; The Cruel Prince, The Wicked King and The Queen of Nothing. What better time to go there than NOW, to get away from the Covid-19 Pandemic!

Jude Duarte and her twin sister, Taryn have lived in Faerie since their elder sister’s Faerie father came to the mortal world to retrieve her, extinguishing the lives of the twins’ mortal parents in the process. Jude, our point of view character, has studied the arts of war and dreams of being a knight. Taryn is much better at fitting in and getting along. After a love interest, playing with each of the sisters, drives a wedge between them, Jude finds herself playing her own game, learning spy craft and the art of assassination. Her plan succeeds and places her in the center of Faerie politics.

That is really not a very good description. It makes this trilogy sound rather staid when it is anything but that! There is action, intrigue, trysts, love, jealousy, magic, wild fetes and fae creatures of all kind and colors. If you need to self-isolate and shelter in place, enjoy reading fantasy and just want to get away, this is your ticket! I read The Cruel Prince over the summer, took The Wicked King home to read over the holidays and checked the recently released The Queen of Nothing out to finish up the series, pushing aside the other books piled up in my “to be read” pile. This series is really fun and I feel quite certain you’ll enjoy your time with it!

All these titles are currently available as of Thursday, 3/19/20. 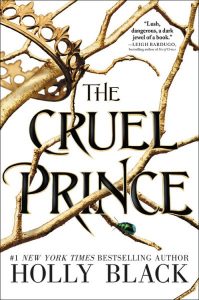 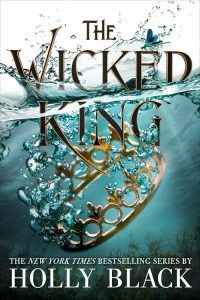 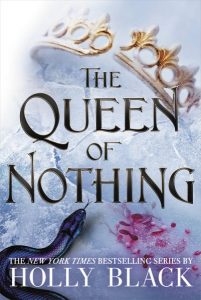