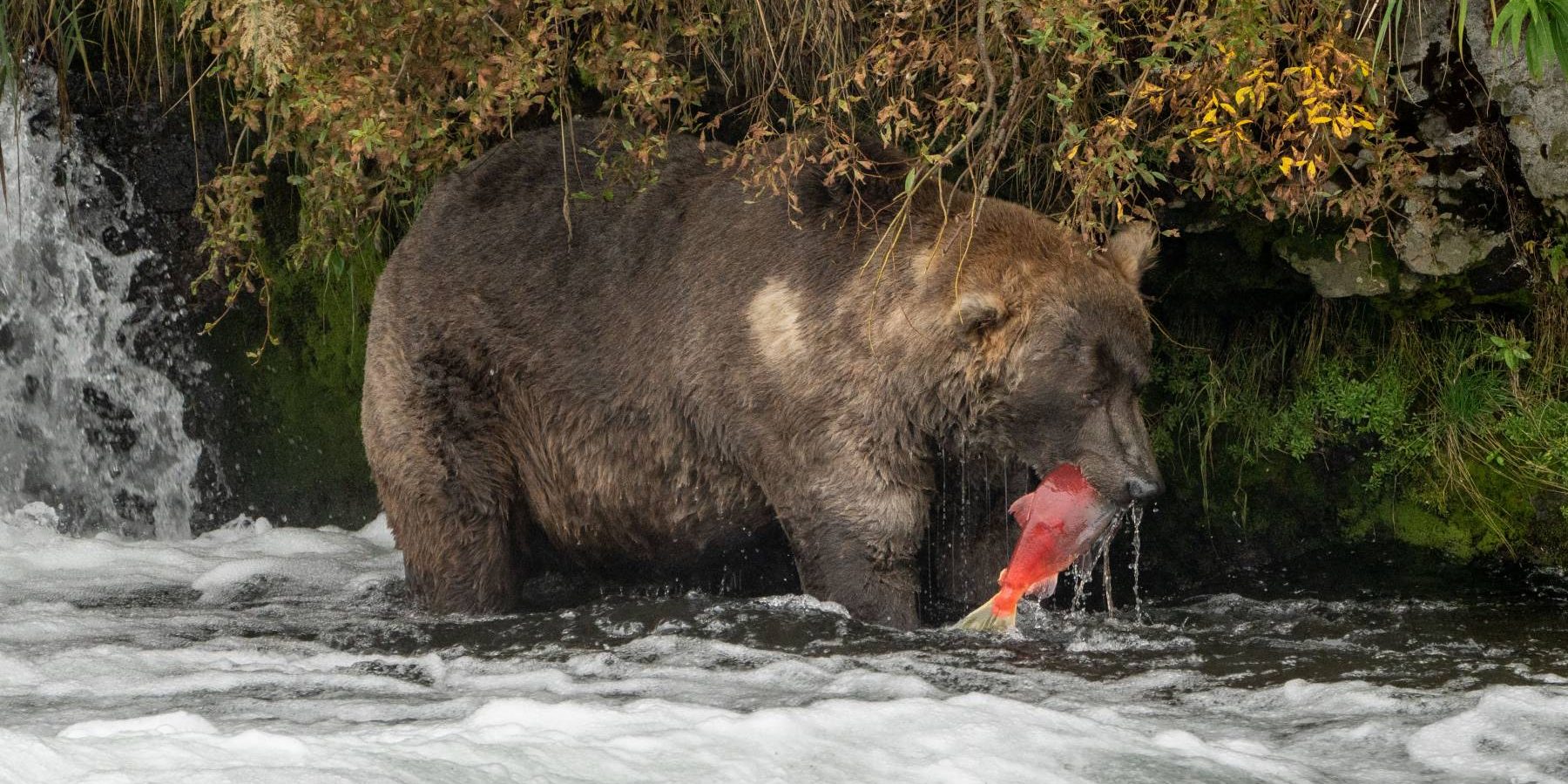 We have a winner. It’s Otis….”While he showed up this year behind schedule, raggedy thin and missing teeth, the behemoth has now won the competition four times.” Yay, Big Fella! 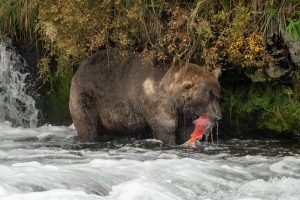 Fat Bear Week starts on Wednesday, Sept 29th and here’s the link to connect you up with all things Fat Bear! Visit this site to read up on the contenders and get ready to vote, daily, starting on the 29th. Or…later if you don’t find out right away!!!

Fat Bear Week is sponsored by Explore.org. It celebrates the fattest of a number of very sizeable Brown bears in Alaska’s Katmai National Park and Preserve. Go to the site, download a bracket and vote daily for your favorite Fat Bears! The winner will be determined on October 5th…also known as Fat Bear Tuesday!

It’s worth a trip to the Explore.org site to watch live cams set up…well, all over the place! There are 102 different live cams from Alaska to Africa, oceans and earthspaces, north places and south places…worth a look!

Wishing all a Happy Fat Bear Week! Vote for the fattest! 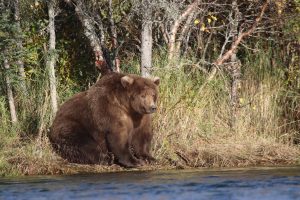