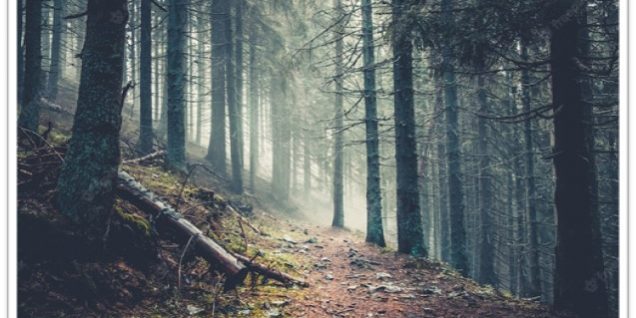 We were so pleased to have so many people participate in our April Poetry Challenge…and are happy to share the poetry received and “the winners.”

What the challenge was: participants were invited to choose from five sets of three words and the only constraint was that they were required to use (some version of) those words in their poem. Some chose, haiku, some chose free verse, some chose rhyming poetry. It’s all good! The poems were sent without attribution to our judge, Sylvia Gillberg, who functioned as a judge at many, many Poetry Jam competitions at the Namakagon Art & Music festival! She returned her favorites. The three required words are bolded in the poem. Here’s how it breaks down:

As the sun rises, filtering through the leaves in the quiet essence of the early morning.

The chickadees begin to chirp.

The squirrels begin to chatter.

A woodland prince drums its presences.

The forest inhabitants awaken, gaining the warmth from sun to start a new day. 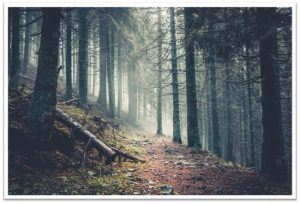 Perhaps Anonymous will reveal their identity, perhaps they will not! They did supply the photo that accompanies the poem.

While Audrey was getting ready for bed

She wished she could be outside exploring instead.

Before her head hit the pillow

A frog appeared, green as a willow.

“Are you some kind of joke?”

“I am magic. Granting wishes is my strongest feature.”

He went on to say her wish had come true:

She could explore this whole night through.

Audrey slipped out into the night

And marveled at the moon, so bright.

Her nightgown was swirled by a warm breeze,

And she could smell moist old leaves.

As she hiked wherever she chose.

Audrey prowled all through the night

And was awed when the Sun dimmed the Moon’s light.

The twinkling stars disappeared, too,

When overhead turned from black velvet to pale blue.

She has spent the whole night without a moment’s sleep

And felt as charged as an off-road Jeep.

How would Audrey ever explain

That sometimes, when you lose sleep, you have an energy gain?

The fawn appears in a streak of sun framed by the window.

Time for morning coffee: a new brew on an old attraction

Wobbly and frail, she raises her head an inch above a log,

Shy, she ducks to hide her speckled sides.

To one cup I add cream and artificial sweetener, the other a dab of almond milk

“Just right,” he smiles.  We totter toward new birth.

Juncos tweet beneath the pine searching for worms and seeds

The fawn peeks toward the house again

Back together we sip the newness, the natural order.

Scott Smith wrote a single poem, but used ALL THE WORDS!!!

A muddy, ochre hued stream trickled across the striated ridge carved into a glacial esker/

Gaining elevation, he noticed a few azure stones, the very objects for which he had been pining /

His fellow rockhounds would soon be fawning over this treasured find/

Looking closer, the large pebbles appeared to be sprouting everywhere/

He envisioned, in coming years, colleagues, and eventually the public would flock to this area /

But just at that critical moment, a searing pain gripped his chest /

and as his device clattered down the rocky incline, he croaked!

Karen Kuester wrote 5 poems, using all five word sets…and three of her poems were in the top seven chosen by our judge!!!

I have had many jobs

But I gleam with joy in retirement

I sit by the azure blue Pacific Ocean and

I have many channels to surf,

A flock of children gathered

By the ancient stone wall.

to the heartbeat of the drum.

Rhythm in the circle.

As the old ways began

To sprout and flourish again.

Shawn Quirk is an old friend of Director Lendved’s…and another person who produced a poem for each word set. Most of them were alcohol themed and, sadly, none of them made our judge’s cut, but, Director Lendved thought THIS one was great!!!

We offer our thanks to everyone who participated in the April Poetry Challenge. Winners referenced above win a Redbery Books gift certificate, excepting Mr. Qurik, who will be mailed a great book by a Wisconsin author. All other participants will win a Velo gift certificate that will, at least, cover an ice cream cone once The Big Dipper opens! We offer all other poems entered, below.

The gleam of sunlight

Anticipation builds on this day in spring.

His stage is built of greening things:

Fern sprouts and ramps, within a stone ring.

Around it a choral flock of robins sing.

The woodcock soars on hopeful wings.

In a pine forest

The coming of spring.

With the birth of twin fawns.

The raccoon mother rests on the ridge.

She gathers her kits

for a bedtime story

The light trickles away.

A Walk With Haley

“Footsteps from a fawn!”

boots in snow and pine.

Not a part of the Tic Toc flock

Never joined a party stoned out

But I did cross the pond a time or two

Lilies of the Valley, I

They will sprout in May,

A lamb white flock at my doorway, then

Comes a sudden snow in June
That lays them

The brandy, red as ochre

A trickle into the tumbler

Over the ridge of ice

One large cube, then a splash,.

And a dash of bitters, now

Lovely you and Blue Curacoa

The night is heaven’s gleam

And you’re a luau to me, as we

Rock-A-Hula Baby to the current

Of the ukulele and sand and sea.

A pine is never ever lonesome, and

A fawn would never wear a leopard’s spots.

We paddle in sunlight

toward a shimmering horizon.

A ridge soars high above,

from the thin soil beneath white pines,

and across the rock.

It deepens the ochre color

toward an unseen horizon.

The pine was teeming

The doe rested in the shade,

dance to the spring music.